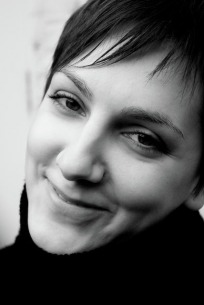 Zsuzsi Tóth was born in Hungary, where she began her musical studies with piano at the age of 7. She started classical singing at the Faculty of Music of the University of Szeged, receiving the Master`s degree in 2004. During her studies she won a Hungarian State Grant (2002-2003) as well as the "Huygens programma Scholarship" in The Netherlands (2006-2007). She was awarded the Bachelor degree in Early Music singing at the Royal Conservatory of The Hague, and completed her Master's in 2009 with distinction as a student of Peter Kooij, Jill Feldman and Rita Dams. She participated on masterclasses given by Martin Klietmann, Mitsuko Shirai, Júlia Hamari, Marius van Altena, László Polgár, Adrienne Csengery and was being coached by Charles Toet and Nigel North.

She has given concerts as a soloist with Collegium Vocale Gent, l'Arpeggiata, Sete Lágrimas, Le Concert Lorrain, Collegium 1704 and Nederlandse Bachvereniging (Jos van Veldhoven). She is a regular member of ensembles such as Vox Luminis (Lionel Meunier) and Tetraktys (Kees Boeke), and has sung with groups such as the Nederlands Kamerkoor, Psallentes and the Namur Chamber Choir.