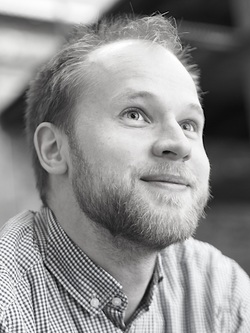 Tomáš Král (baritone) studied voice at the Janáček Academy of Performing Arts in Brno under Adriana Hlavsová and at master classes with Julie Hasler, Howard Crook, Peter Schreier, and Joel Frederiksen, and he has been in consultation with Ivan Kusnjer.

Tomáš Král also devotes himself to opera, having appeared as Uberto in the comedic intermezzo La serva padrona by G. B. Pergolesi, Giove in La Calisto by F. Cavalli with Collegium Marianum, Lisingo in Le cinesi by C. W. von Gluck with Collegium 1704, Ernesto in Il mondo della Luna by J. Haydn with Ensemble Baroque, Apollo in G. F. Handel's cantata Apollo e Dafne with Musica Florea and as a guest at the Moravian Theatre in Olomouc in an operatic production of Boccaccio (title role) and in Mozart’s opera Cosi fan tutte (as Guglielmo). Last year he took a part in the stage project with conductor Michael Hofstetter on scenic production of W. A. Mozart's Requiem and contemporary composer R. Van Schoor at Kunstfestspiele Herrenhausen in Hannover and the theater in Gießen. He also took a part of Ottokar at concert version of Weber's Freischütz at Styriarte Festival in Graz. This year he took a part of main role in G. P. Telemann's adaptation of G. F. Handel's opera Riccardo Primo in the theater in Gießen.