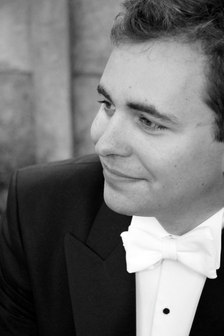 Counter-tenor Jan Kullmann was born in Germany where he began his musical training as a chorister in Jugendkantorei Hösel. He began his professional studies in the field of mechanical engineering and economics, but soon redirected them towards classical solo singing, and further, early music and historical performance practice at The Royal Conservatory of The Hague, where he completed his Master of Music degree, studying with Rita Dams, Peter Kooij, Jill Feldman, Michael Chance and Marius van Altena.

Jan is in demand as a soloist in Baroque music as well as in music from later style periods. He has performed in the larger works of J. S. Bach, such as the Christmas Oratorio, Matthew Passion and St. John Passion. His operatic roles include, Siroe, Lotario (Contrasto Armonico) and Medoro (Orlando - Combattimento Consort Amsterdam) by Händel, San Giovanni Battista by Stradella and St. Eustachio by Lanciani (Les Muffatti). Highlights of his operatic career were the 2009 performance of the role of Ottone in Handel´s Agrippina in the Teatro Comunale di Modena (Opera2Day), as well as the 2011 engagement for the title role in Handel´s Orlando at the Scottish Opera. Representing the other side of the spectrum, he has also sung solo parts in works such as Carmina Burana and Bernstein’s Chichester Psalms and a significant role in a modern theatre production by De Wetten van Kepler with over 30 performances in The Netherlands.