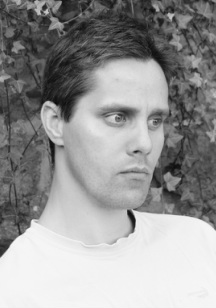 Barnabás Hegyi was born in 1980 in Budapest as an overture of a family that by now is proud of having brought up 9 children. He studied conducting, singing, church music, composition and organ playing at the Franz Liszt Academy of Music in Budapest. He was recently awarded the Bachelor degree in Early Music singing at the Royal Conservatory of The Hague as a student of Michael Chance, Rita Dams, Jill Feldmann and Peter Kooij. Presently he attends Tilburg Music Academy where he is completing his Master's in Early Music Singing

In 2007 he faced three major challenges. First he gained the only countertenor role for Monteverdi’s Orfeo at the competition organized to commemorate the 400th anniversary of the piece in Verona and thus sang Pastore at the piece’s gala performance in Mantova. Soon after this he sang successfully at two singing competitions in Hungary; he won 3rd prize at the International Handel Singing Competition and 1st prize at the International Oratory Singing Competition. In the former he also won a special prize, which gave him a registration at the internet protal MusiciansWho.hu, while the latter secured him an appearance at Zemplén Festival, where he gave two concerts in the summer of 2008. In the same year he also gave a solo concert at Hebden Bridge Arts Festival in England.

His co-operation with Budapest Chamber Opera is also due to his competition results. He sang with the organization in 2002 for the first time, and since then he has played more than half a dozen opera roles in around 40 performances both in Hungary and abroad such as Monteverdi: Il ritorno d’Ulisse (L’humana fragilita, and the roles of the Third Suitor), Monteverdi: L’incoronazione di Poppea (Amore), Monteverdi: Orfeo (Pastore), Monteverdi: Il ballo delle ingrate (Amore), Händel: Semele (Athamas), Vivaldi: Il Tigrane (Clearte).

Besides, he has sung in A:N:S Choir and Purcell Choir, and in vocal ensembles Voces Aequales and Arpa d’O. He sings regularly with ensembles such as the Huelgas Ensemble, Netherlands Kammerkoor and Netherlandse Bach Vereniging.

He can be heard on more than 30 CD recordings as soloist, choir- or vocal ensemble singer, or piano/organ accompanist.